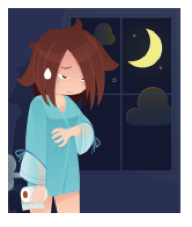 What are uterine fibroids?

Uterine fibroids are benign (not cancer) growths that develop from the muscle tissue of the uterus. They also are called leiomyomas or myomas. The size, shape, and location of fibroids can vary greatly. They may be present within the uterine cavity, within the muscular wall of the uterus, on the outer surface of the uterus, or attached to the outside of the uterus by a stem-like structure. A woman may have only one fibroid or many of varying sizes. A fibroid may remain very small for a long time and suddenly grow rapidly, or grow slowly over a number of years.

What are symptoms of fibroids?

○ Vaginal bleeding at times other than menstruation

○ In the abdomen or lower back (often dull, heavy and aching, but may be sharp)

• Fibroids also may cause no symptoms at all

When is treatment necessary for fibroids?

• Uncertainty whether the growth is a fibroid or another type of tumor, such as an ovarian tumor

• Rapid increase in growth of the fibroid

Can medication be used to treat fibroids?

• Birth control pills and other types of hormonal birth control methods: These drugs often are used to control heavy bleeding and painful periods

• Gonadotropin-releasing hormone (GnRH) agonists: These drugs stop the menstrual cycle and can shrink fibroids. They sometimes are used before surgery to reduce the risk of bleeding. They can also be used to bridge a woman to menopause when fibroids will then naturally shrink. Because GnRH agonists have many side effects, they are used only for short periods (less than 6 months). After a woman stops taking a GnRH agonist, her fibroids usually return to their previous size

• Progestin-releasing intrauterine device: This option is for women with fibroids that do not distort the inside of the uterus. It reduces heavy and painful bleeding but does not treat the fibroids themselves

• Tranexamic Acid:This medication helps our blood clotting mechanism and will reduce the amount of bleeding when bleeding occurs. It does not treat the fibroids, just the bleeding caused by the fibroids

• Non-steroidal anti-inflammatory drugs (NSAIDs): NSAIDs such as ibuprofen can minimize the pain and some of the bleeding caused by fibroids

What types of surgery may be done to treat fibroids?

• Myomectomy is the surgical removal of fibroids while leaving the uterus in place. Because a woman keeps her uterus, she may still be able to have children. Fibroids do not regrow after surgery, but new fibroids may develop. If they do, more surgery may be needed

• Hysterectomy is the removal of the uterus. The ovaries may or may not be removed. Hysterectomy is done when other treatments have not worked or are not possible or the fibroids are very large. A woman is no longer able to have children after having a hysterectomy

Are there other treatments besides medication and surgery?