The measure was launched in accordance with a new health policy issued in July to speed up local health reform and the development of high-end health services, the commission said.

The policy encourages high-end private health facilities to adopt a similar price standard as public hospitals and be covered by medical insurance. Patients pay the price difference for the cost, which isn’t covered by the basic insurance.

Shanghai Jiahui International Hospital, which has 500 beds and is run in collaboration with American-based Massachusetts General Hospital, is the first international hospital benefiting from the new policy.

About 5 percent of patients at Jiahui are local residents using medical insurance, the hospital said. 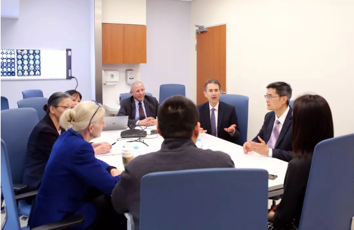 Private hospitals can set pricing themselves. According to the hospital, its charging is almost the same as VIP services in city-level public hospitals, which is about three times the basic health service cost.