It began as stereotactic radiosurgery - a way to treat brain tumors - and has found an expanding role in the treatment of other types of cancer. “We started treating lung cancer patients with SBRT earlier this year,” says Dr. McGrath, “SBRT is particularly effective for individuals who have small tumors, cannot have surgery - for example, because of poor lung function - or wish to avoid surgery.”

SBRT may be suggested when lung cancer has metastasized - that is, traveled to other sites in the body. A study published in 2016 showed that patients with three or fewer lung metastases who received SBRT had better post-treatment survival than those who received standard treatment.

“Patients are pleased when we tell them that SBRT requires only four or five treatments,” says Dr. McGrath. This is much easier than coming for the 30 or so treatments needed to deliver an effective dose with standard radiation therapy. 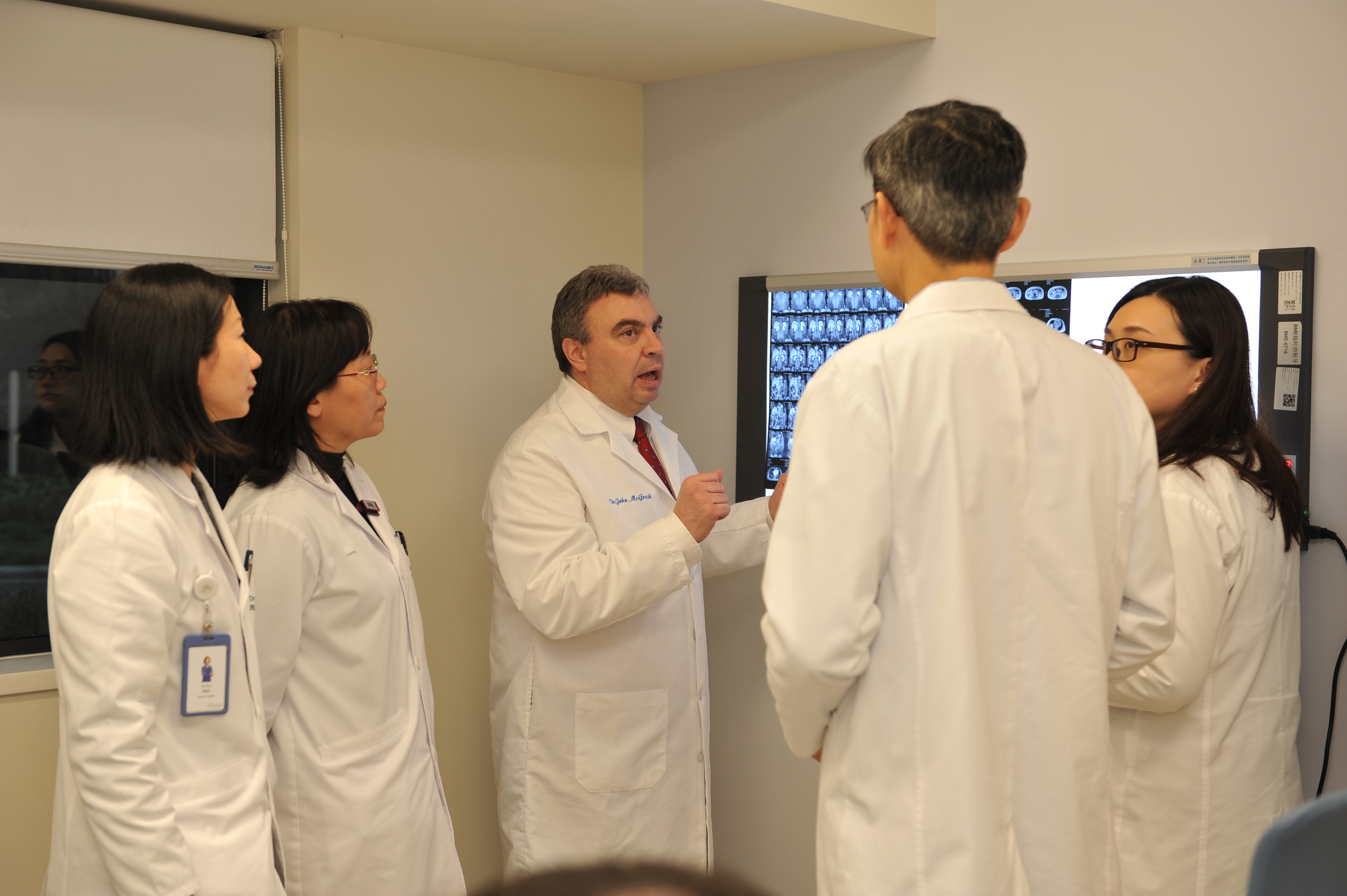 The pre-treatment planning session is essentially the same, but behind the scenes, radiation oncology staff spend additional time on the highly customized, precision planning that SBRT requires. When it comes to treating cancer in the chest, that includes performing 4D CT scanning. “The fourth dimension is the patient’s breathing,” Dr. McGrath explains. “This is especially important when cancer is located in the lower part of the lung - close to the heart - because breathing can cause someone to move quite a bit.”

Before the first patient was treated with SBRT, Emerson’s physics team made sure the cancer center’s linear accelerator, which provides radiation therapy, was ready. “This included measuring the beam itself,” says Dr. McGrath. “We are all aware that, with SBRT, we are providing powerful treatment to a very small area. In planning a patient’s treatment, we draw a precise target volume that takes their breathing into account.”

Clinical research has shown that SBRT is effective in treating a number of other types of cancer. “We plan to expand the use of SBRT to treat individuals with cancers that have spread to the liver and bone,” says Dr. McGrath.

The strategic collaboration between Mass General Hospital Cancer Center and Jiahui International Hospital (JIH) brought Dr. McGrath to Shanghai for two recent trips. “I was asked to go to JIH to evaluate their radiation oncology program,” he explains. “They wanted help in running it similarly to ours,” As a generalist, in contrast to the subspecialists at the Mass General Cancer Center, Dr. McGrath has the right expertise for the needs of JIH. 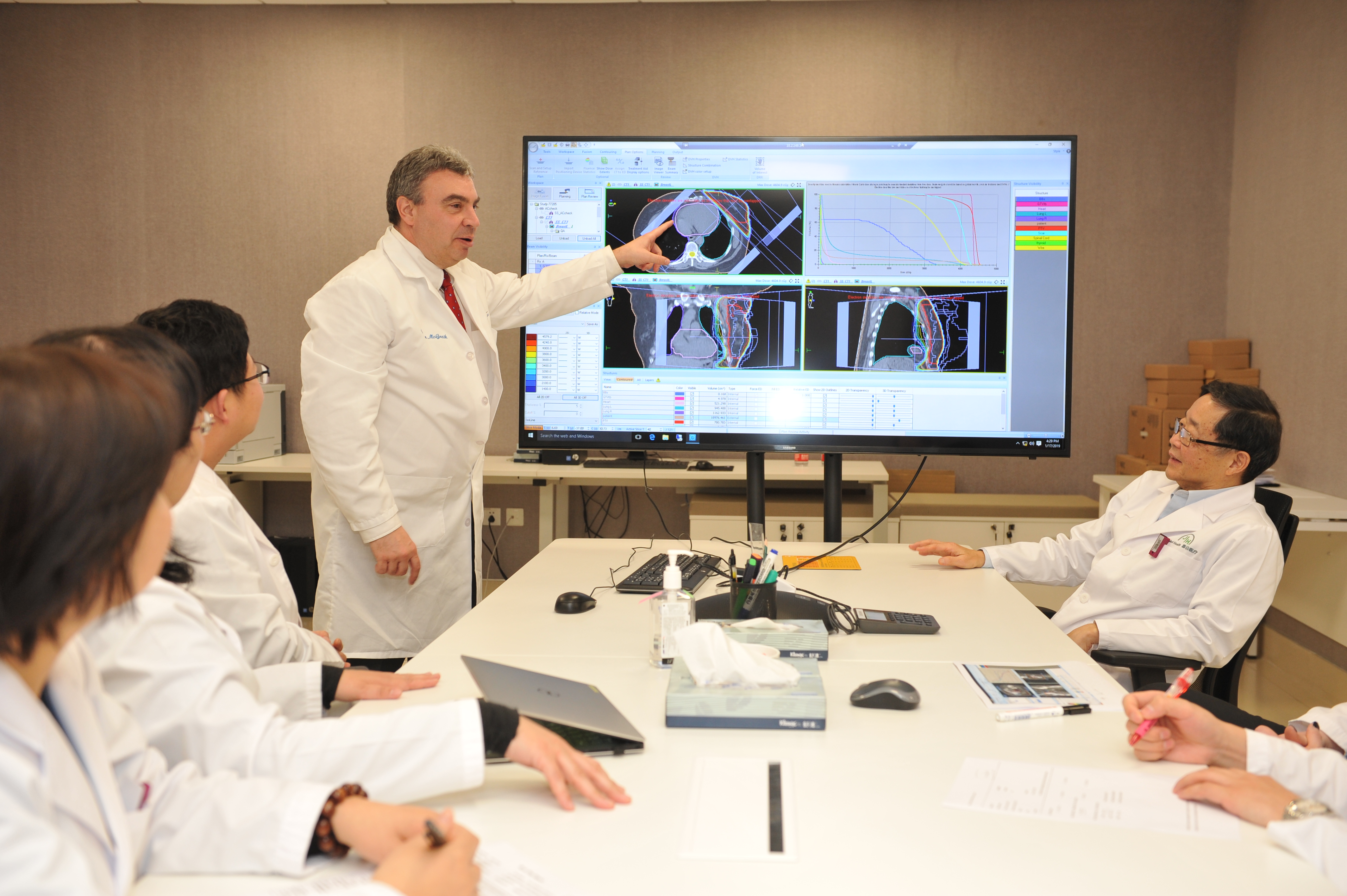 During the first trip, Dr. McGrath conducted several mock consultations with patients so that the radiation oncologists could observe. “They are especially interested in how we treat our patients - that is, how we interact with patients and the process we follow,” says Dr. McGrath.

He returned to JIH in January, when his radiation oncology colleagues were ready to see their first actual patients. “I helped them develop the simulation plans for treating two different patients, which included determining the required radiation dosage,” he says.

“Their goal is to create what we have here in the U.S. and meet very high quality requirements. Fortunately, their linear accelerator is similar to ours at Emerson. At some point, I may help introduce them to SBRT.”

In the meantime, Dr. McGrath finds the work to be rewarding. “They’re very appreciative,” he says.