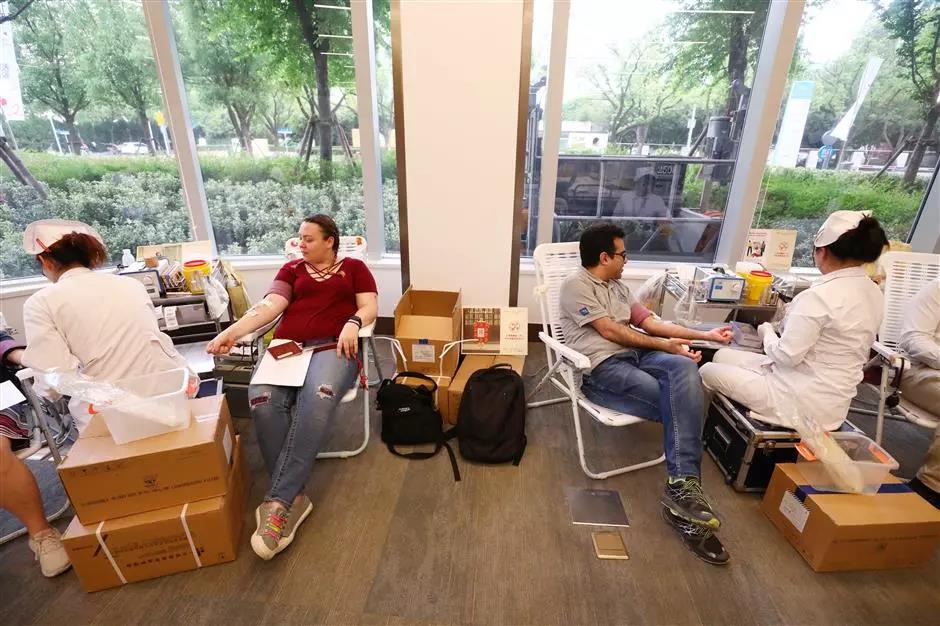 Expats donate blood at the Jiahui International Hospital on Wednesday.

About 80 expats donated blood at Jiahui International Hospital yesterday in a campaign held by the hospital and co-sponsored by the Xuhui District Blood Management Office.

Mark Voigt, a German working in the automobile sector who has been living in Shanghai for 18 months, was donating blood for the first time. “I like Shanghai, and I donated my blood to give something back to the city,”  Voigt said. 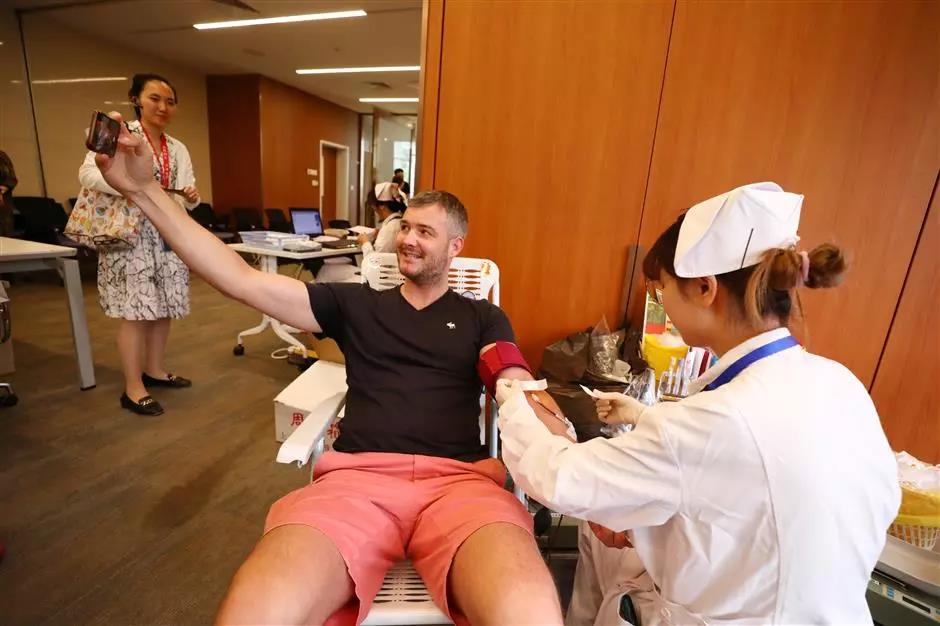 Mark Voigt, an expat from Germany, takes a selfie as he donates blood for the first time at Jiahui International Hospital.

He suggested that he has no concern about medical facilities in Shanghai.

“I have been to another hospital here a few times, and I think medical care here is on the same level as that in Europe,” he said.

Poland’s Anna Kozlowska, who’s been working in education in Shanghai for two years, said it was the first time she had donated blood in China. She had earlier donated blood in the United States. “I didn’t know that foreigners can donate blood here, and I just found out,” said Kozlowska. “Now I can do it regularly.” 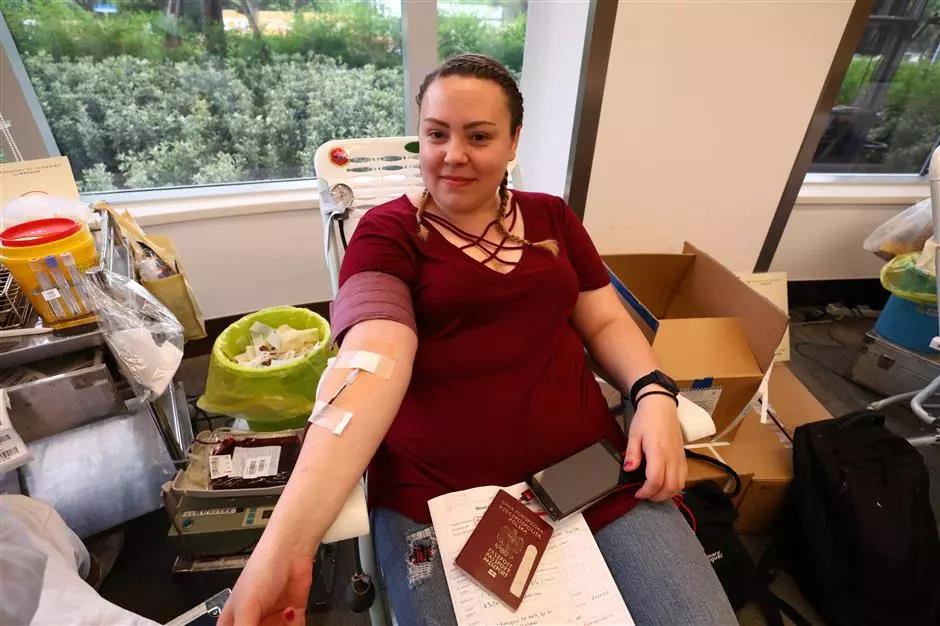 Anna Kozlowska, who is from Poland, donates blood for the first time in China.

About 300 donors, both Chinese and foreigners, gave blood at the hospital yesterday at the event held to mark World Blood Donor Day tomorrow.

“The theme of this year’s World Blood Donor Day is ‘safe blood for all,’” said Ren Xuelei of the Xuihui District Blood Management Office. “We attach great importance to safe blood donation for both locals and expats in Shanghai.”

Hospital CEO Ge Feng, who was among the donors, said the event was to promote blood donation in Shanghai, especially among expats.

“There’s a much bigger chance that a foreigner has Rh negative blood type, so more blood donations from foreigners means more blood of such rare type in our reserve which saves lives in the most critical cases,” he said.

About a third of the patients of the hospital, which opened in October 2017, are foreigners, and its medical staff and management are made up of people from more than 10 countries and regions.