On the morning of October 23, a group of blue and white special "guests" were docked in front of The Jiahui International Hospital. "The founding ceremony of The Yangtze River Delta Pre-hospital Emergency Alliance and the Press Conference of the Expo 5G Mobile Medical Security Platform and special ambulance and Shanghai Newborn Ambulance Special Vehicle" was held in Shanghai Jiayi International Hospital.

At the same time, a press conference on 5G mobile medical security platform and special ambulances was held in Jiahui International Hospital. Shanghai health committee, said in the first "into the exposition" successful experience, on the basis of the "expo" 5 g concept and technology, introduced medical security, health care is committed to building 5 g mobile platform, realize the venues 5 g ambulance "full coverage", on the basis of 5 g ambulance, fixed-point hospital 5 g I called information, for terminal, with artificial intelligence (AI), augmented reality (AR) technology applications, such as a comprehensive emergency medical treatment system of 5 g.

For Shanghai Jiahui International Hospital, as a non-public medical institution selected as a designated hospital for two consecutive sessions of the Expo, providing international standard medical services for Chinese and foreign residents in the Yangtze River Delta has always been an important direction of efforts.

Since the establishment of the institute, both in terms of hardware facilities, or software services, Jia Hui has been gradually recognized by the whole society. In 2018, As one of the first designated medical institutions of high-level social medical insurance in Shanghai, Jiahui incorporated medical insurance with its own pricing model. In the future, Jiayi will also better serve the Shanghai first aid system and provide higher quality medical services.

"Blood" retrograde, fight the epidemic! From all over the world, they donate blood in Shanghai as a relay of life 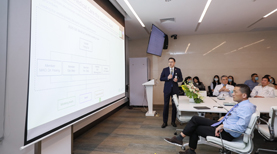