Shanghai — Jiahui Health Network today launched a 500-bed flagship hospital and an international multidisciplinary treatment (MDT) platform as the first of its kind in Shanghai where demand for world-class medical services is on the rise.

Starting with oncology, Jiahui’s MDT platform will provide medical services at the same standards as Mass General in process, quality and patient care. Top-notch US and Chinese oncologists will work together on diagnosis, treatment plans, making the best medical solutions available to patients from Shanghai and beyond. 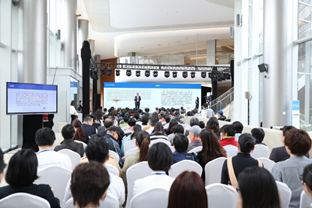 On October 18th, as a prelude to the launch of Jiahui’s MDT platform, the 2017 Cancer Patients and Families Conference was hosted by two leading oncology experts from Jiahui International Hospital and Massachusetts General Hospital, with the support of an international professional team specialized in gastroenteric tumor, advising on patient care, mental health, and nutrition.

Together, they helped more than one hundred patients and their families cope with the emotional and social challenges of cancer, introducing to them the idea of living with cancer and holistic care while encouraging them to fight illness. 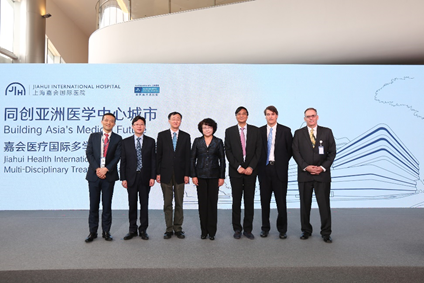 Improving public health is part of Shanghai’s big picture of establishing itself as an Asian medical hub and becoming a global city of excellence, both on top of its agenda for 2030.

“The city encourages the development of social-invested medical facilities. It is also the request of public health reform, which can improve local health capability and service through cooperation with world-leading professionals and facilities like Massachusetts General Hospital to help build Shanghai into an Asian medical hub,” said Wu Jinglei, director of Shanghai Health and Family Planning Commission.

David Cook, President of Shanghai Jiahui International Hospital, and Greg Pauly, Chief Operating Officer and Senior Vice President of Massachusetts General Hospital, were also present at the launching ceremony, bearing witness to the latest accomplishments of a long-term cooperation between the two organizations.

A project Chicago initiated at the Sino-US Economic and Trade Forum in 2011, Jiahui International Hospital is at the forefront of China’s healthcare reform, driving forward its diversification beyond public hospitals while combining international standards with local resources to deliver the best practice.

Under a partnership with top-tier Shanghai Renji Hospital, Jiahui establishes a platform for industry-leading education, clinical practice, and residency training. Through teaming up with Xinhua Hospital, Jiahui International Hospital becomes the first foreign hospital to join a local medical treatment partnership in Yangpu District, enabling multi-site licensed practices of doctors, which encourages doctors to practice at multiple sites, as well as medical referrals and consultant across different medical facility.

Located in Caohejing High-Tech Park in Xuhui District, the hospital is now open for outpatient services. It will initially focus on family medicine, pediatrics, internal medicine, oncology, gynecology, dermatology, dentistry, and surgery before broadening its services to care for inpatients, perform operations, and other specialties.

The hospital is now headed by David Cook from Mayo Clinic. John Hsiang, Chief Medical Officer of Jiahui, was Director of Neurosurgery at the Swedish Medical Center; Dr. CS Chen, Executive Director of the Cancer Center at Jiahui, used to lead the Division of Medical Oncology and Hematology at Loma Linda University Medical Center in California.

In the past 3 years, tens of new hires have been picked out of hundreds of foreign applicants globally. Under its partnership with Mass General, Jiahui has provided over 600 medical and management training trips to the U.S.

Set Benchmarks in Healthcare Services with Life-Long and Holistic Care 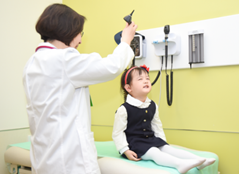 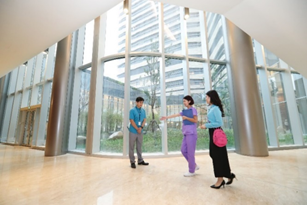 Jiahui’s holistic care philosophy is embodied everywhere in its hospital, where a sense of healing is enhanced by the mellow curves in design as well as the lush green and warm sunshine in a courtyard surrounded by floor-to-ceiling glass windows. The designer NBBJ have also done design work for world-leading healthcare institutes such as Mass General and Cleveland Clinic, with its very own “healing” innovative design, implying a concept of “care for the body and mind” and “comprehensive care”, releasing patients from pressure, to shorten the patient’s hospital stay.

The hospital is the first in China to adopt a variable air volume (VAV) box filtration and pneumatic control system, whose optimal temperature and humidity control ensures the comfort of patients. And its vehicle- and cargo-free ground logistics management is upheld to the standards of the customer-centric Disneyland in Shanghai. 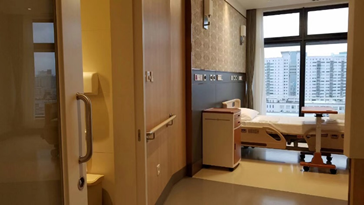 Drawing on inputs from world-class institutions like Mass General, Jiahui commits to make hospital visits as hassle-free as possible from day one by putting patients at the center of everything it does.

All patient interviews, pre-treatments, routine tests, diagnoses, prescriptions, and patient education will be coordinated and conducted in a single room, with no need for a patient to do the legwork. This all-new kind of service model is what Jiahui in its initial preparation stages studied and established with the guidance and consultation of Mass General and other leading overseas healthcare institutes. 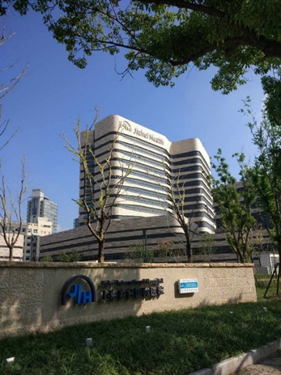